Articles from the workshop 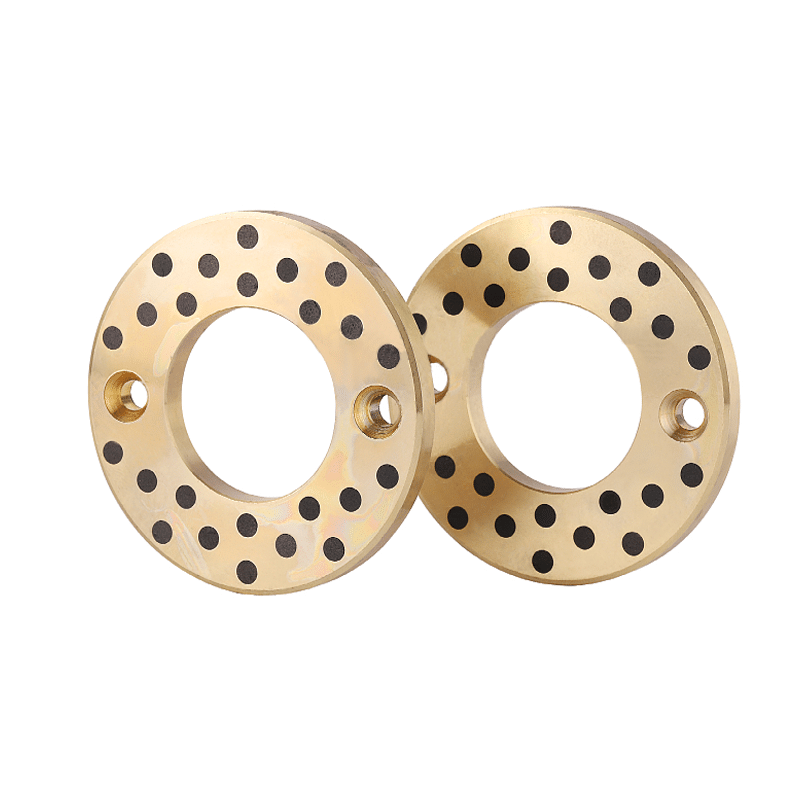 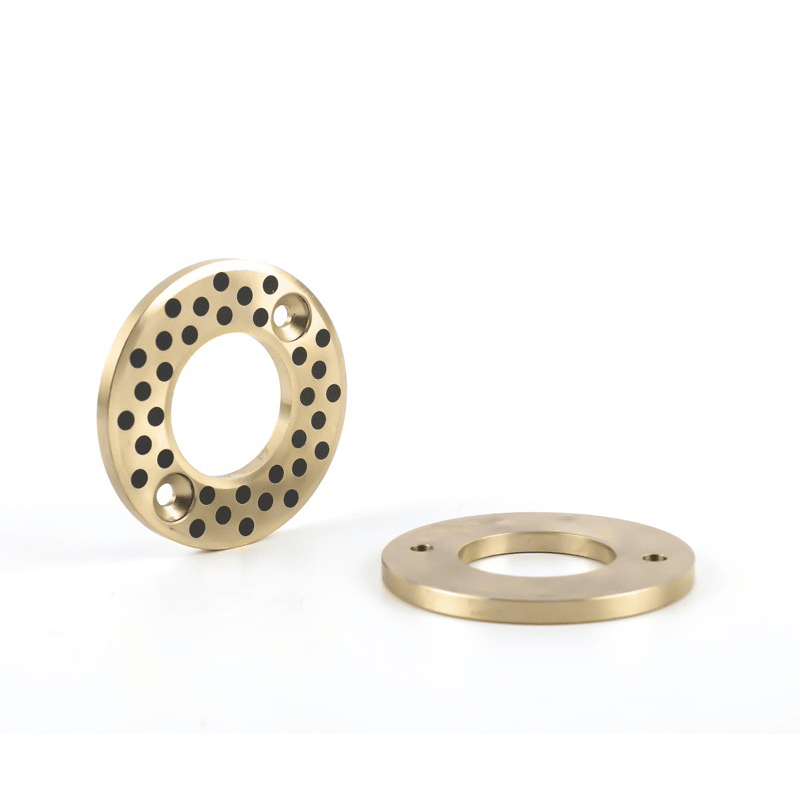 The design nowadays requires tremendous demands for self-lubricating bearing material. Even in extremely severe work conditions and maximum load conditions, it also requires maintenance-free. With the cost of increasing, business equipment reliability and plant operation are also increasing. Metal thrust washer bearings to meet the long-term maintenance-free and under the conditions of self-lubricating, thus making the design of reliable long-term self-lubricating system possible. Metallic thrust washer bearing material can be widely used in high load at low-speed rotation conditions, swing and linear reciprocating motion, but also applies to the position where traditional lubrication can not be achieved or the occasion greasing is prohibited, or in special conditions such as dust, shock under load or radiation conditions require long-term and stable use.

As a common component in mechanical systems, bearing thrust washers are widely used in reciprocating rotary motion occasions in aerospace, automobiles, ships and other fields. Its main function is to locate and avoid direct contact between components, reduce component movement and wear, and improve system stability. 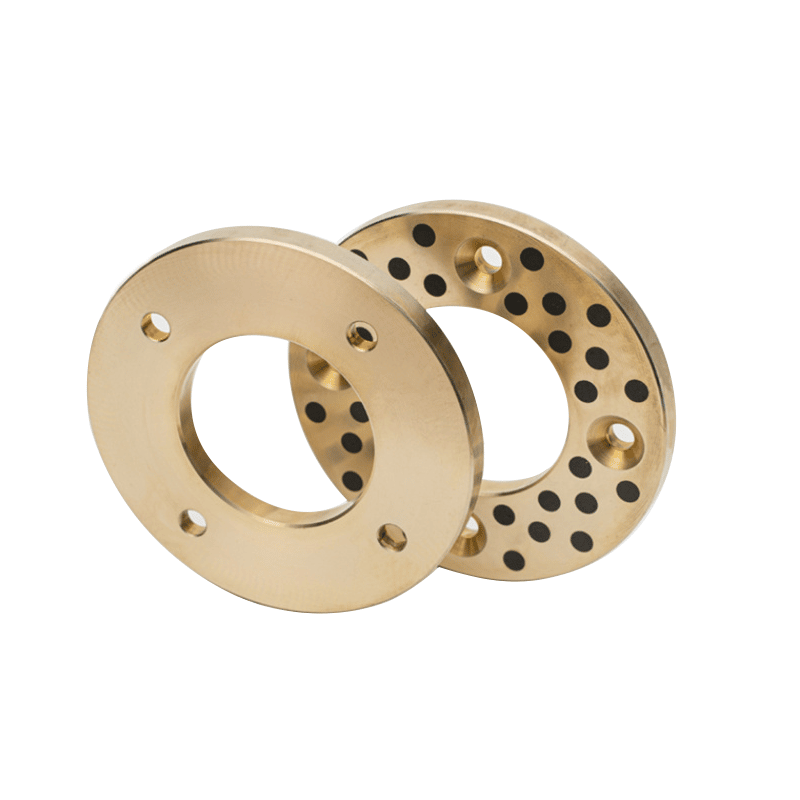 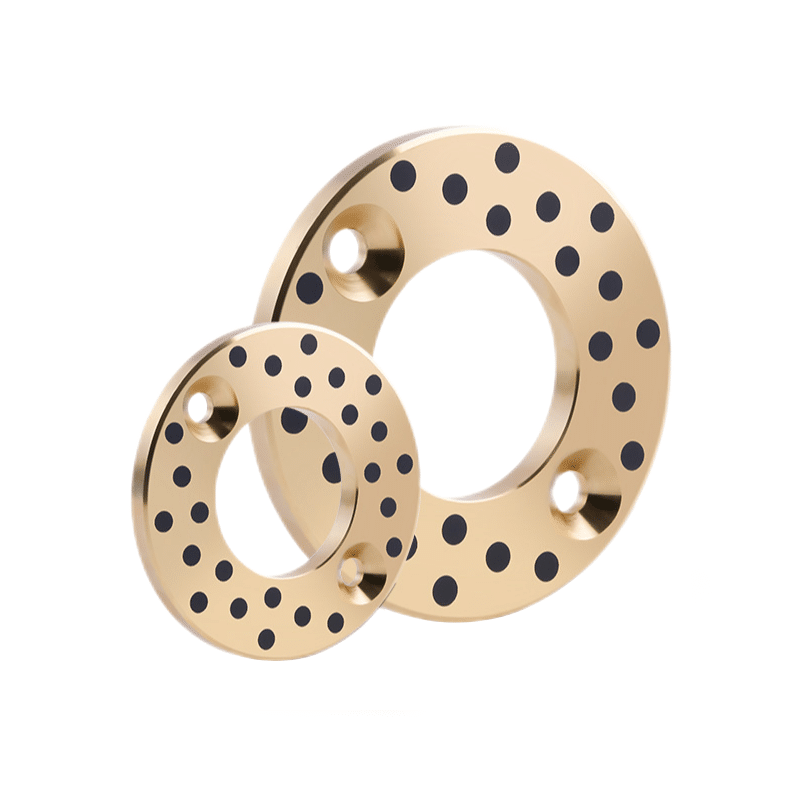 ●Allows maintenance-free and long-life operation;
●Suitable for high static and dynamic loads;
●With low and smoothly coefficient of friction and without stick-slip effects;
●Suitable for dirty, corrosion, impact load, and edge loading;
●The base material provided a good shock-absorbing capacity;
●Can be used over a large temperature range;
●Suitable for reciprocating, rotating, and oscillating movement with start frequency and difficulty to form oil film occasions;
●With a low wear rate and long life service.

In the daily movement of mechanical equipment, parts wear is unable to avoid being affected by various working conditions, equipment and environmental temperature, humidity and other conditions.

During the wear process of the gasket, the swing frequency, that is, the rotation frequency of the gasket or the sliding speed of the gasket, is also an important factor in the wear process. In general, as the swing frequency becomes faster and faster, due to the principle of frictional heat generation, some areas between the friction pairs may change from adhesive wear to oxidative wear, and the occurrence of oxidative wear will lead to a faster growth rate of wear. . However, when the applied load is relatively small, the oscillation frequency tends to be proportional to the amount of wear, but when the applied load is relatively large, the frequency of oscillation and the amount of wear are inversely proportional.

1. The effect of load on the amount of wear

Load is the most important factor in the wear process, and its fundamental principle is to change the friction between objects, thereby affecting the amount of wear. Most objects may appear smooth to the naked eye, but under magnification of dozens or hundreds of times, the surfaces of all objects are rough, irregular, with protrusions and depressions. Therefore, when any two objects are in contact, the real contact is where the surfaces of the two objects are relatively convex, not the actual area. The contact surface is always smaller than the actual area, and wear is also caused by the relative friction of the west starting point of the contact surface of the two objects. of. Therefore, the number and size of the raised points on the contact surface of the two objects directly affect the magnitude of the frictional force. When the load is applied and the wear begins, the contact points on the friction pair begin to rub. As the wear time increases or the load increases, the surface of the object will become rougher, and more contact points will appear, increasing surface roughness, that is, The coefficient of friction increases, which in turn increases the amount of wear. In addition, the deformation of the material also has a great influence on the friction. If elastic deformation occurs, the larger the load, the larger the friction coefficient. If plastic deformation occurs, the two are irrelevant.

The magnitude of the coefficient of friction is determined by the physical properties of the contact-to-sliding surface, the surface roughness, and the presence or absence of lubricants. The physical properties of the material are certain, and the lubricant is the carbon powder carried by the gasket itself. During the wear process, the carbon powder will be distributed evenly on the friction surface along with the friction, and the key role is the surface roughness, which refers to It is to process a certain side of an object, and the processing surface has unevenness or small spacing composed of many tiny crests and valleys. When the load, swing frequency and swing angle are constant, the wear amount between the contact surfaces of the same material will change with the change of the friction coefficient. Usually, as the friction coefficient increases, the wear amount also increases.