Self-lubricating slide plates, graphite wear plates, and professional processing of a variety of non-standard wear plates can be customized according to customer requirements to meet the requirements of different customers. 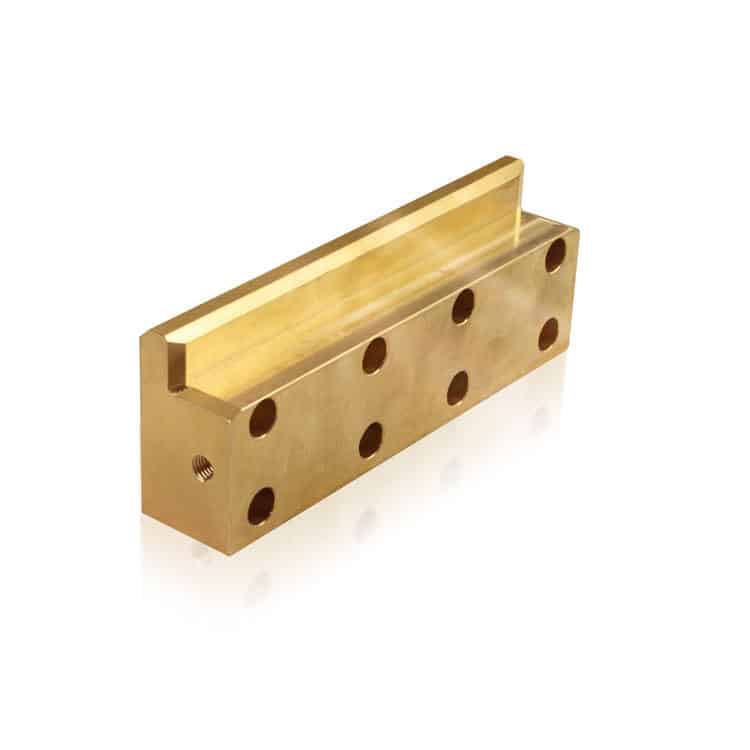 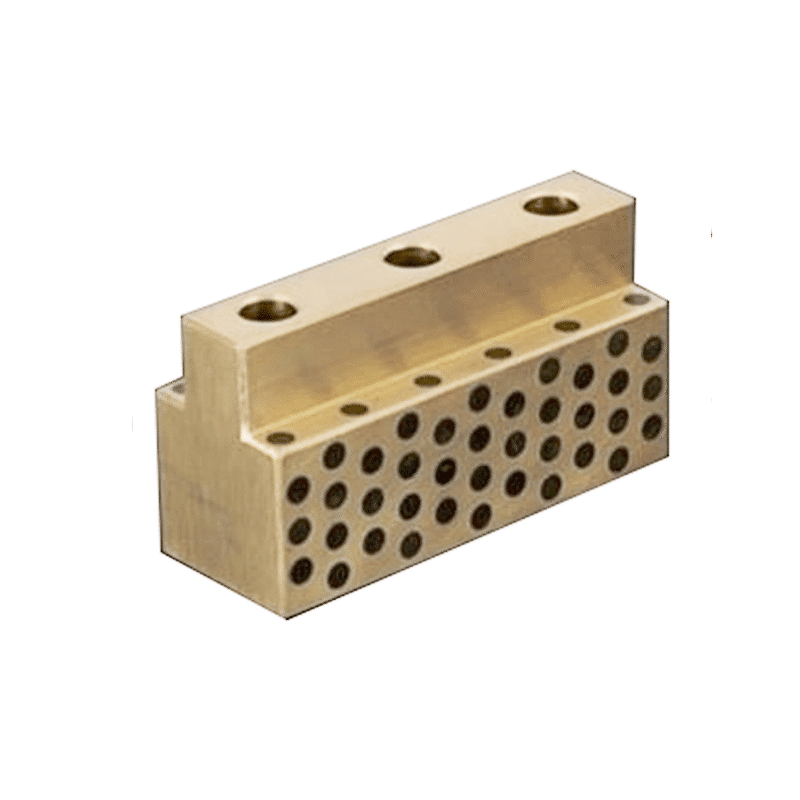 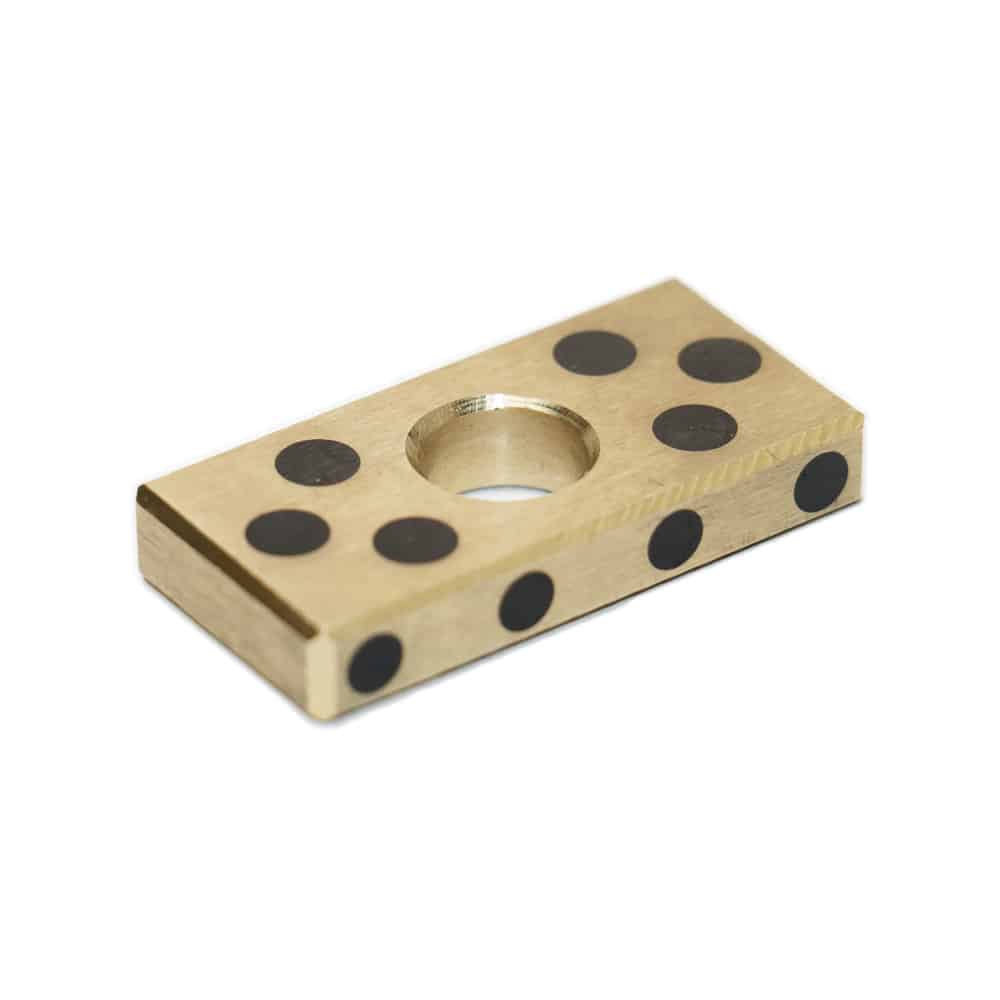 It combines the complementary advantages of copper alloys and non-metallic wear-reducing materials and is especially suitable for motion amplitudes in oil-free, high-temperature, high-load, low-speed, anti-fouling, anti-corrosion, and strong radiation environments.

The Application Of Bronze Wear Plate

Especially suitable for heavy loads, low speed, reciprocating or oscillating, and other difficult-to-lubricate and form oil film occasions, also not afraid of water and other acid corrosion and erosion. 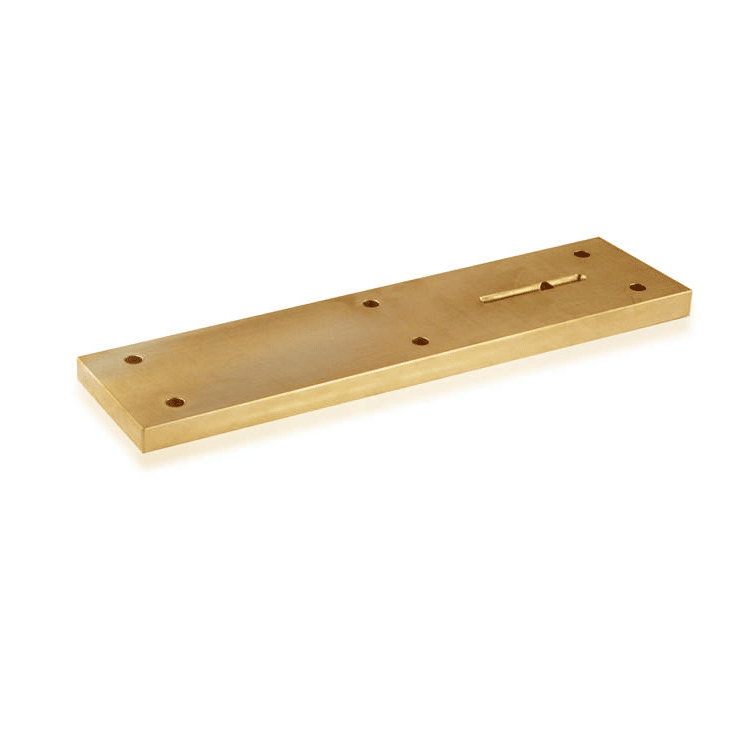 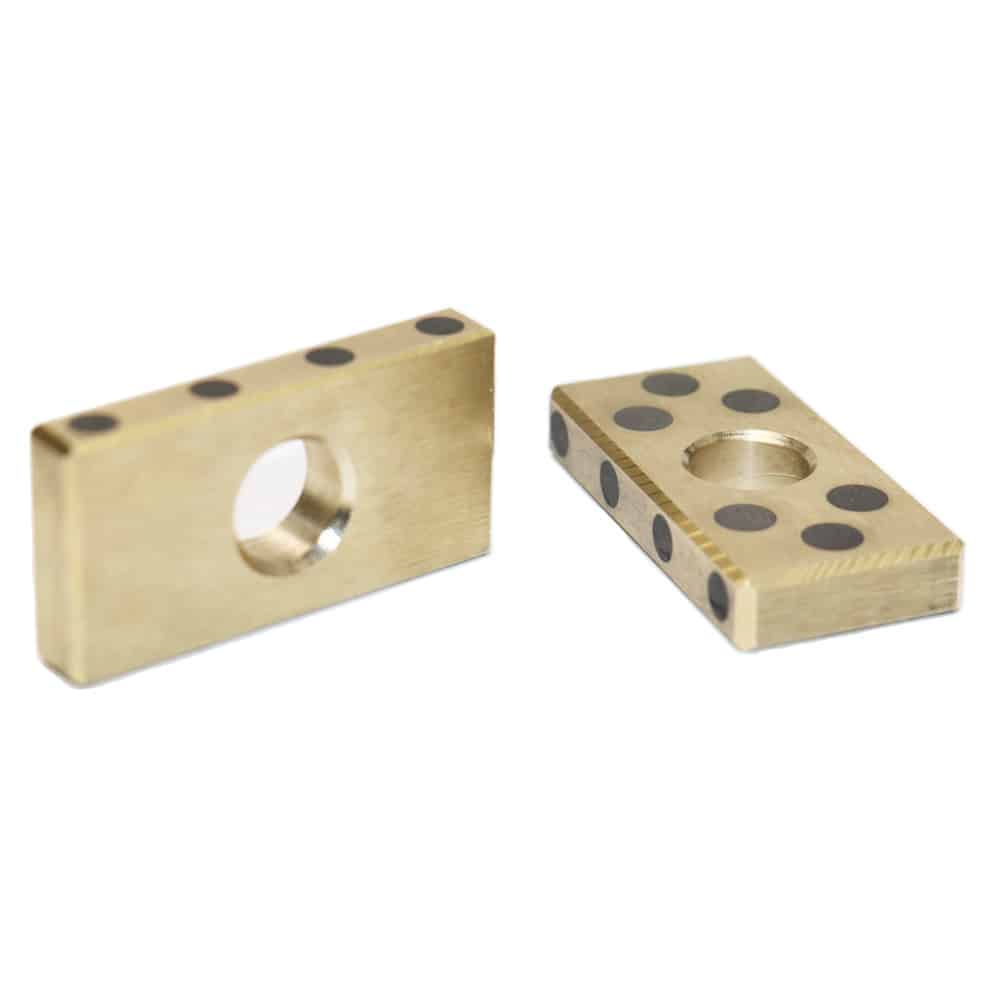 ①Graphite wear plates are most effective at locations that require a constant supply of lubricant, reciprocating motion, or frequent start and stop occur and oil film is difficult to form.
②Because these bronze wear plates are used under oil-free conditions, no lubrication equipment is needed. This shortens the assembly time and results in a cleaner environment by preventing oil pollution and other problems.
③Graphite slide plates have excellent seizure resistance.
＜Precautions＞
If the grinding surfaces are too rough, excellent wear resistance will not be guaranteed.
Applying grease during the initial break-in can guarantee better performance.

Viiplus Bronze Wear Plate Manufacture comes in a broad range of standard inch and metric sizes and are available in steel or aluminum bronze, either with or without self-lubricating graphite. If a standard bronze wear plate won’t do, We can economically make custom configurations for special sizes, hole patterns, or graphite patterns. Also, check out our wear strips section. Wear strips are a similar product but are available in a broader range of sizes. 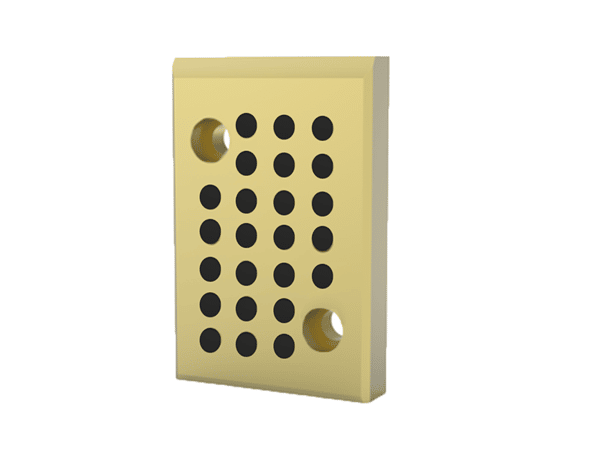 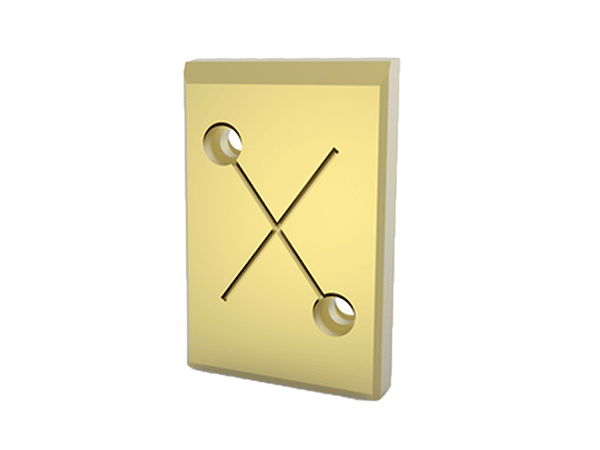 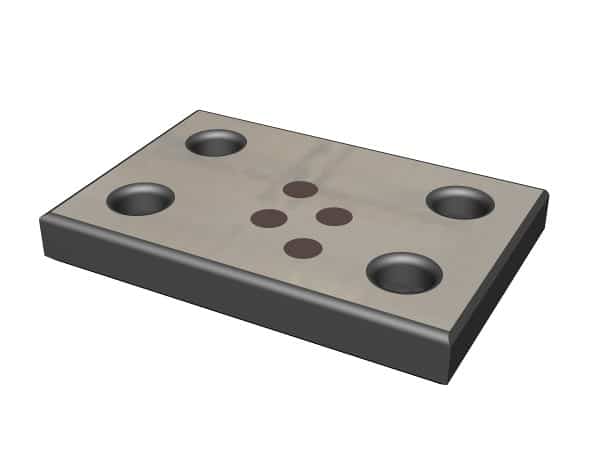 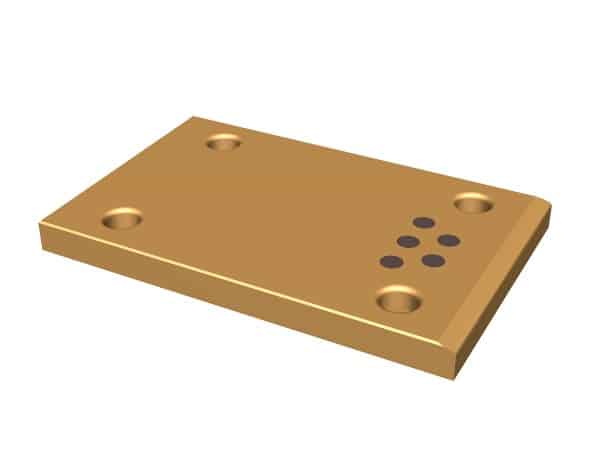 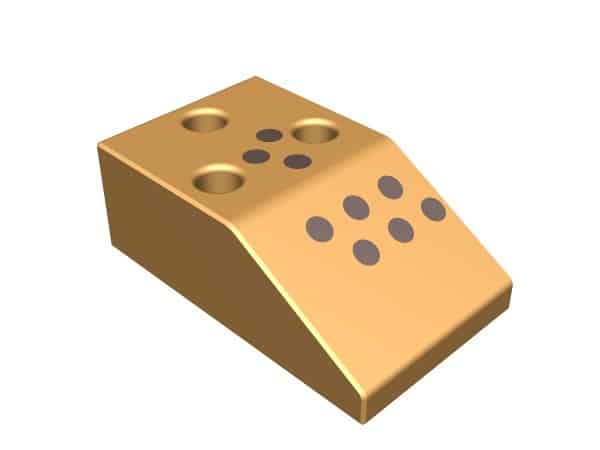 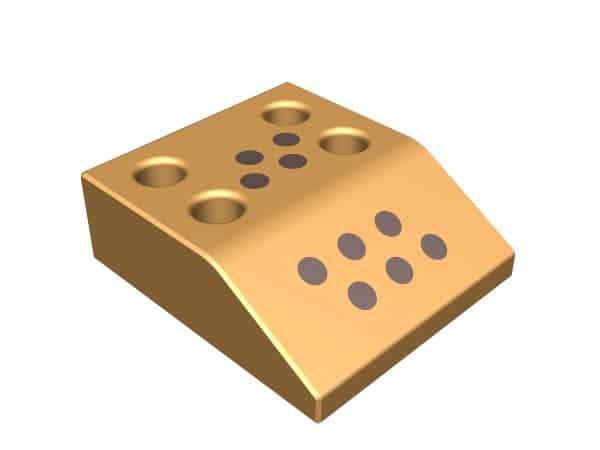 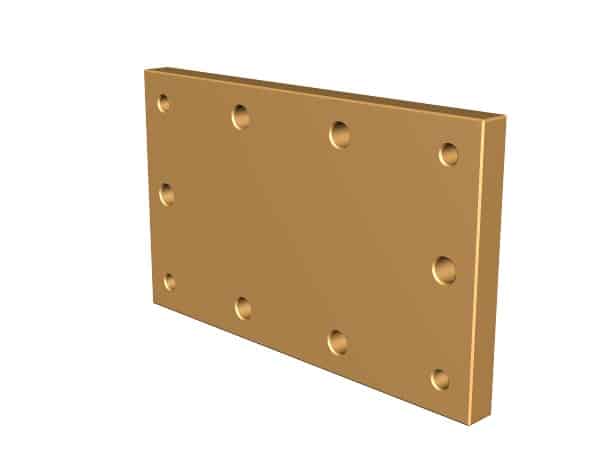 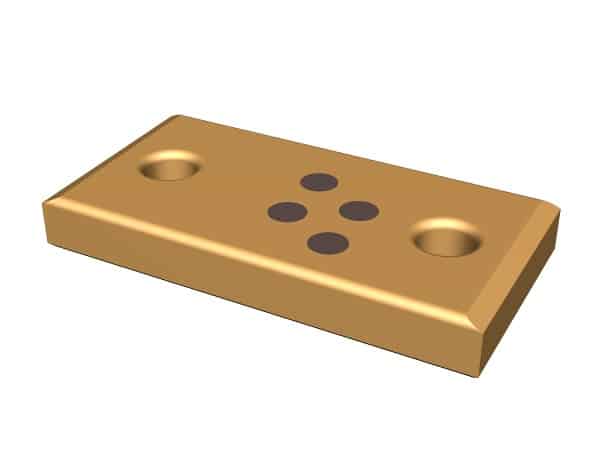 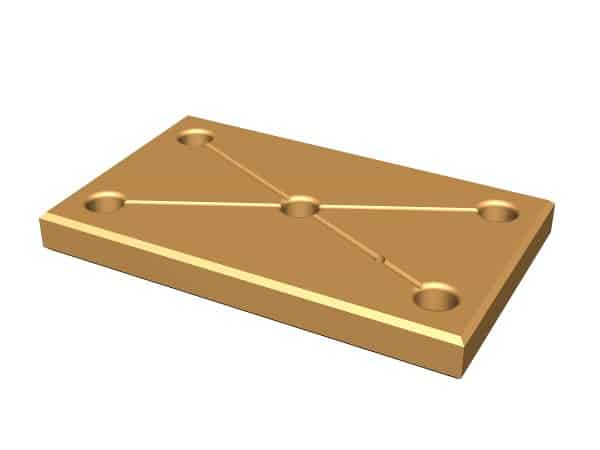 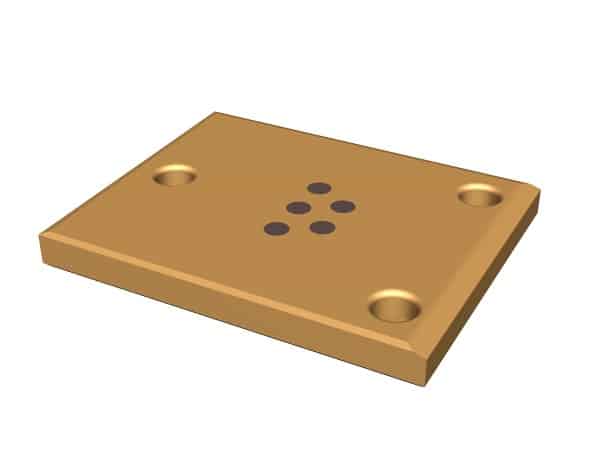 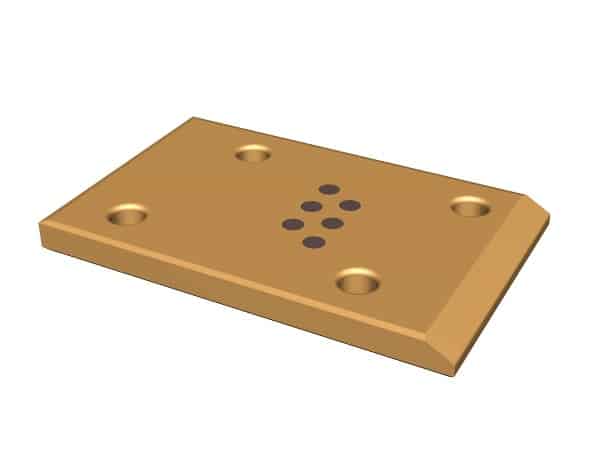 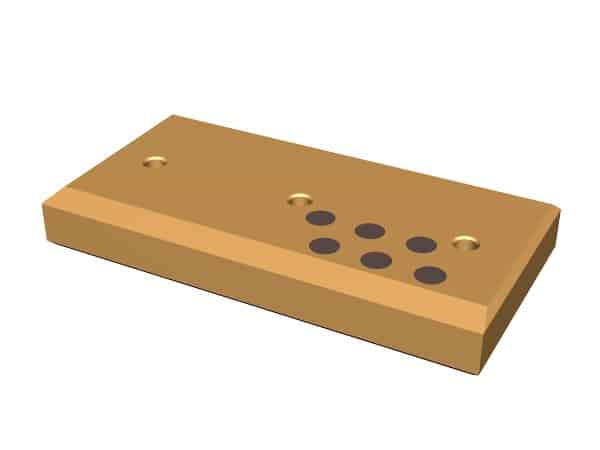 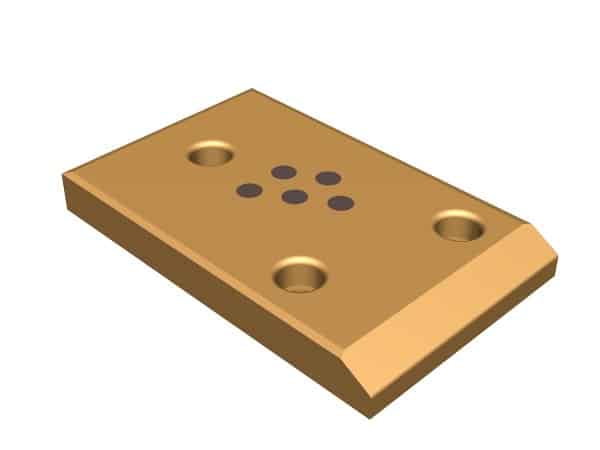 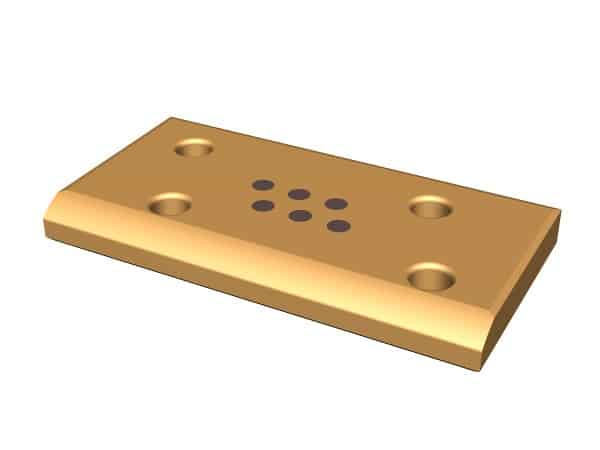 Bronze wear plate are used for numerous pipeline support systems in applications ranging from Oil & Gas to Industrial systems. Ideal applications are heavy load-bearing systems with a low velocity of movement. The C863 Manganese Bronze and solid lubricant graphite plugs allow use in environments with temperatures up to 500 ° ꓝ. Key features to these bearing pads are the raised graphite plugs and the rounded corners for easy installation. With a coefficient of friction of around 0.12 to 0.15, this bearing plate is a great addition to pipeline support systems.

Provides services and quality wear plates to provide you with the best possible solutions for your needs at any time. 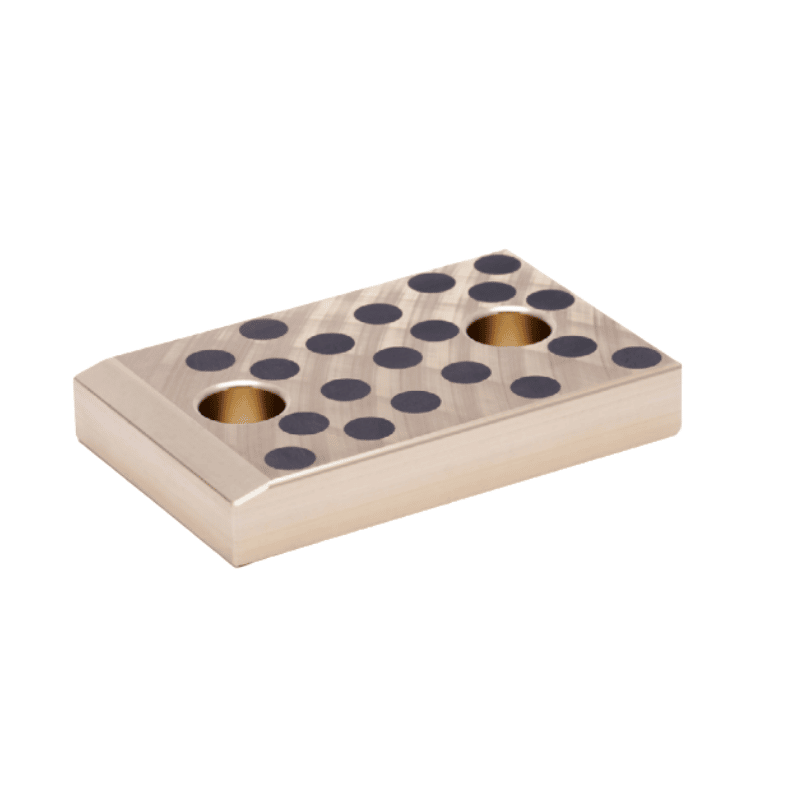 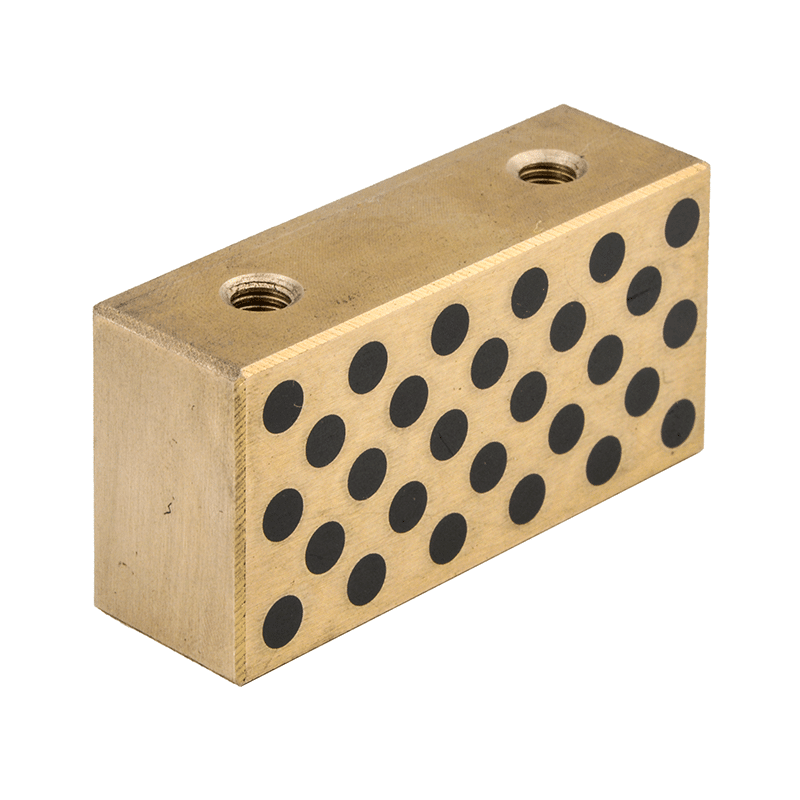 What Type of Bronze to Use for Wear Plates?

The graphite wear plates can work normally at a high temperature of 280°C. However, due to its low mechanical strength and weak bearing capacity, it is easy to deform, and this defect can be suppressed by embedding it in the metal hole groove, forming the metal part to play a bearing role, and the self-lubricating block to play a lubricating role.

Lubrication mechanism of this kind of self-lubricating bearing 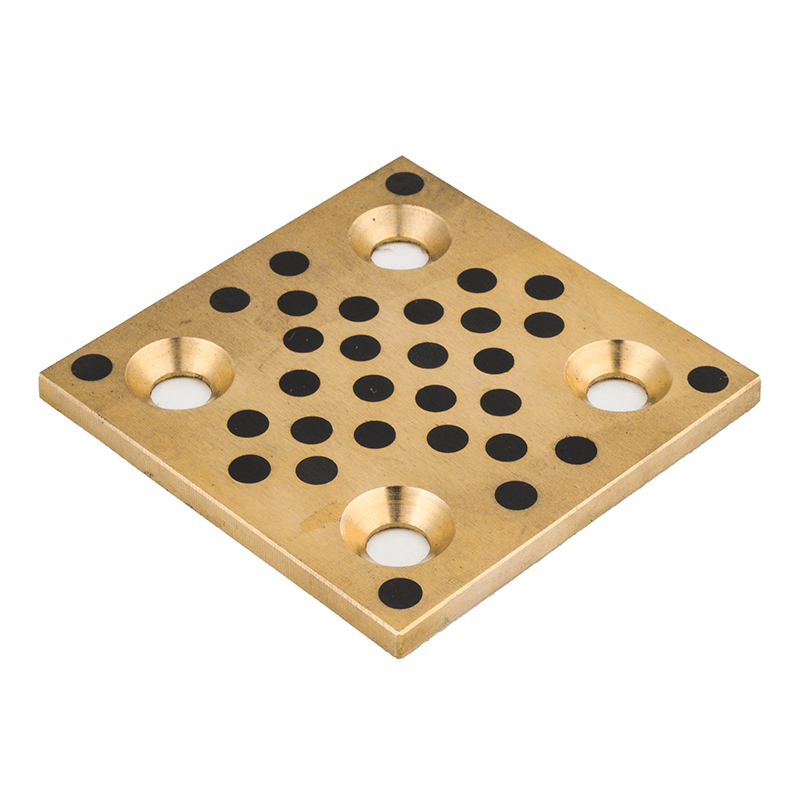 Oil-Free Sliding Plates – Select, configure, order. We deliver punctually and offer fair prices. Plates, wear plate, and wear strips made of bronze with graphite, The solid lubricant plate components, bronze with solid lubricant; Maintenance and lubrication. Wear plates have to be drilled from the backside and countersink on the sliding surface if it´s necessary to drill through a solid-lubricant depot.

Bronze Self-Lubricating wear strips and gibs are made from bronze with self-lubricating graphite plugs. These products can be used in applications up to 450° F (232°C).
Bronze is a strong material that resists wear, abrasion, and deformation under high compressive loads.
Oil-impregnated graphite plugs cover 25-30% of the wear
surface, providing a self-lubricating film of graphite on the wear surface.
Applying a film or mist of light machine oil on new self-lubricating parts before use will enhance the self-lubricating
properties. (Do not use grease on graphite-plugged surfaces.)
■ Precision machining on L-Gibs
■ Self Lubricating
■ Precision ground wear surfaces on wear strips
■ Close tolerances
■ Consistent quality control
■ Resists abrasion 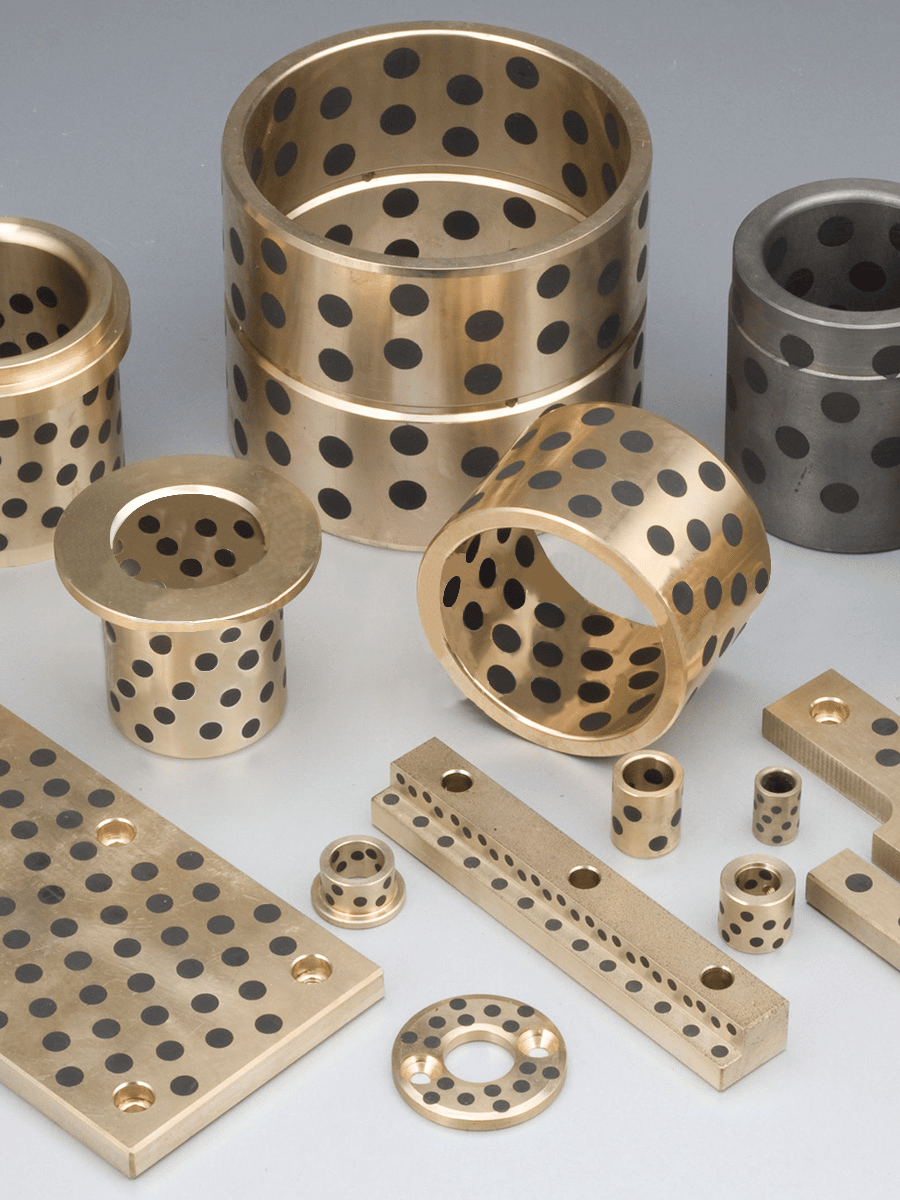 We can supply to you tin bronze plate & aluminium plates in standard dimensions. Special dimensions are available on request. Furthermore, we offer flat and Guide plate, self lubricating… We build it, and you put it to the test. Your one-stop source for manufacturing solutions. Our experienced team specializes in complex industrial machinery, medical equipment and electromechanical assemblies, along with custom machine builds and precision fabrications. Find out more about our capabilities.

See Our Online Catalog & Request A Quote! Shop for all your Bronze Bushings and Stroke Plates, which offers free CAD download, and short lead times.

According to the case of application and the desired accuracy, between 0.02 and 0.15 mm. In general, guide slides are made to give a clearance of 0.05 mm and a vertical clearance of 0.1 mm.

We supply a variety of maintenance-free standard sliding bearings such as bushing, bronze wear plates, and bronze thrust washers to the automotive industry, tool, mould and general engineering. Bronze wear plates, Stroke plate have to be drilled from backside and countersink on the sliding surface if it´s necessary to drill through a solid-lubricant depot.

WE MANUFACTURE THE REQUIRED COMPONENTS

ACC. TO YOUR SPECIFICATIONS & DRAWINGS

get in touch today

IN THE PROVEN HIGH QUALITY

Our bushes and bronze wear plates can also be manufactured in your intermediate sizes. We can also manufacture the special size to decimal place.